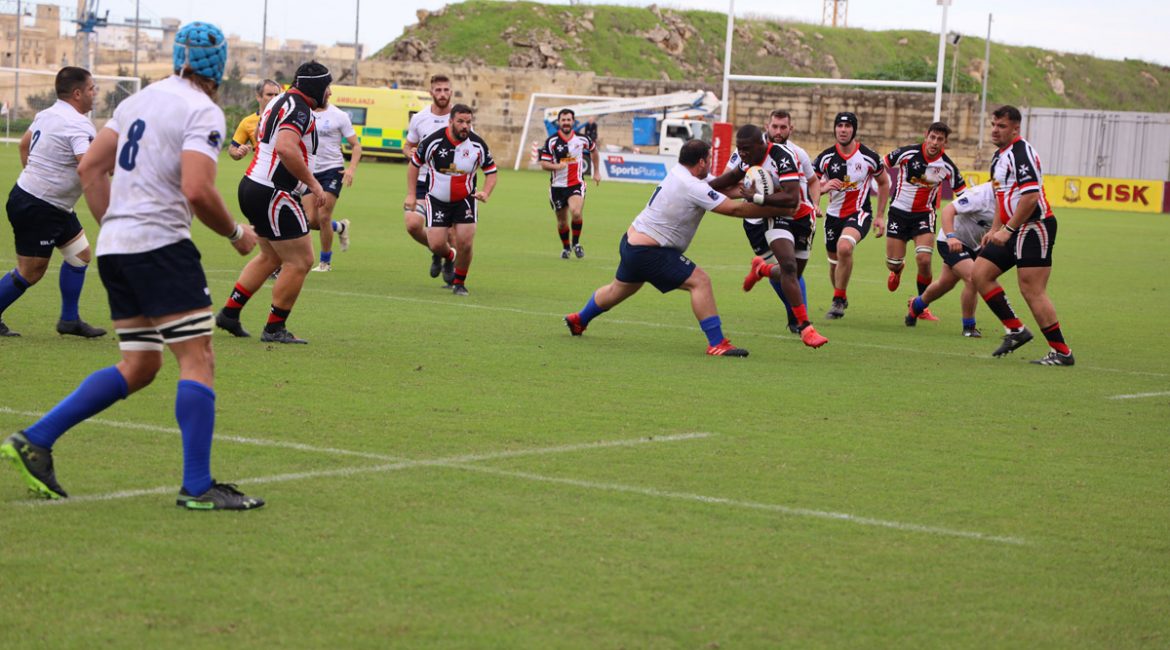 This European Conference 1 South game, after withstanding a very physical battle with the big Israeli forwards, is eventually won by Malta 15 points to 13.

Malta’s first home game in two years against Israel, a game that was cancelled when Covid19 struck in March 2020.

If you have never attended an International Malta Rugby game then put it on your bucket list, you don’t know what you are missing. It’s pumping music, with the South End core supporters decked out in their regalia, waving flags, beating drums with trumpets a blazing. Quite the experience!

Malta had come off a win over Slovenia away by 24 to 10, but Israel is another matter.

The road has been long with many a winding turn for Israel, through Turkey with their kit staying there and having to play in white with newly purchased socks in Malta.