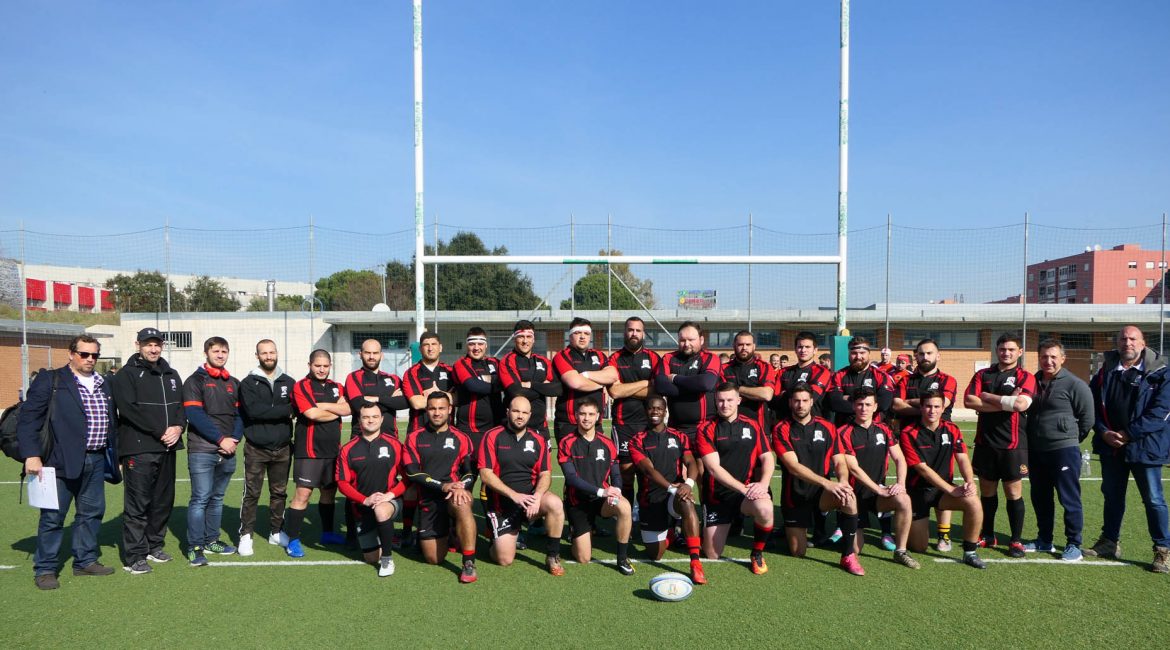 Over the weekend, the Malta Rugby Football Union, took two teams to Rome to participate in the second edition of the Mediterranean Trophy. The tournament is a collaboration between the MRFU and the Lazio Regional Committee under the supervision of the Italian Federation, to create more exposure for club players in a fun yet competitive atmosphere.

The tournament was structured in two competitions, a 7 aside women’s tournament and a 15 aside men’s tournament. This offered a brilliant opportunity for both National Coaches, Damian Neill for the men and Carmelo Longo for the women, to test out aspiring players for national selection, as well as hone the skill set for all players in a competition setting.

Neither of Malta’s squads managed to come out on top, but both had their moments on Saturday. The Women only won one of their three matches, winning 22 – 12 against Mirano Rugby. The win raised the bar after there loss against Lazio (12-15), but sadly the momentum did not hold in their last match against the Campania ladies (0 – 25). Throughout their matches, their ladies did manage to shine at times, with a few fresh faces managing to show through, but it was the experience of players Caroline Gafà, Marion Azzopardi and Sairita Cassar, which created the best moments and opportunities for the team. After the round robin tournament, the ladies finished second overall, with the Campania Team taking the top spot.

The men’s competition was structured differently, spread over two rounds, the teams were split so that the Italian teams would each face one of the visiting teams first, with the winners facing each other in the final, whilst the losers would play for third and fourth place. Malta would face Colleferro in their first match and whilst the fact that the team lacked some cohesion considering they hadn’t been training together for long, the Maltese, led by captain Matthew Spiteri would eventually find their rhythm and convert the tactics they had practiced into points. Through a solid defense the team would deny the opposition any chance at crossing the try line, leading them to a 19 – 0 victory. The second match was not not the same story, when Malta came up against the hosts, who had beaten Munich RFC 31 -5. Villa’s cohesiveness as a team was evident from the get go, moving the ball through hands with ease as they found gaps in the Maltese defense. That coupled with a few early injuries forcing some key players to the bench made for a difficult match for Malta. It was still not an easy victory for the hosts, with strong pressure from the pack led by Dragan Cerketa and a lot of attacking lines from the back line, with Gary Hili in particular making regular breaks through Villa’s defense, the Maltese spent the majority of the match only a try away from taking the win. It was only in the last play of the match that Villa would capitalize on Malta’s errors to end the tournament with a 25-10 win.