Malta wins away in Slovenia 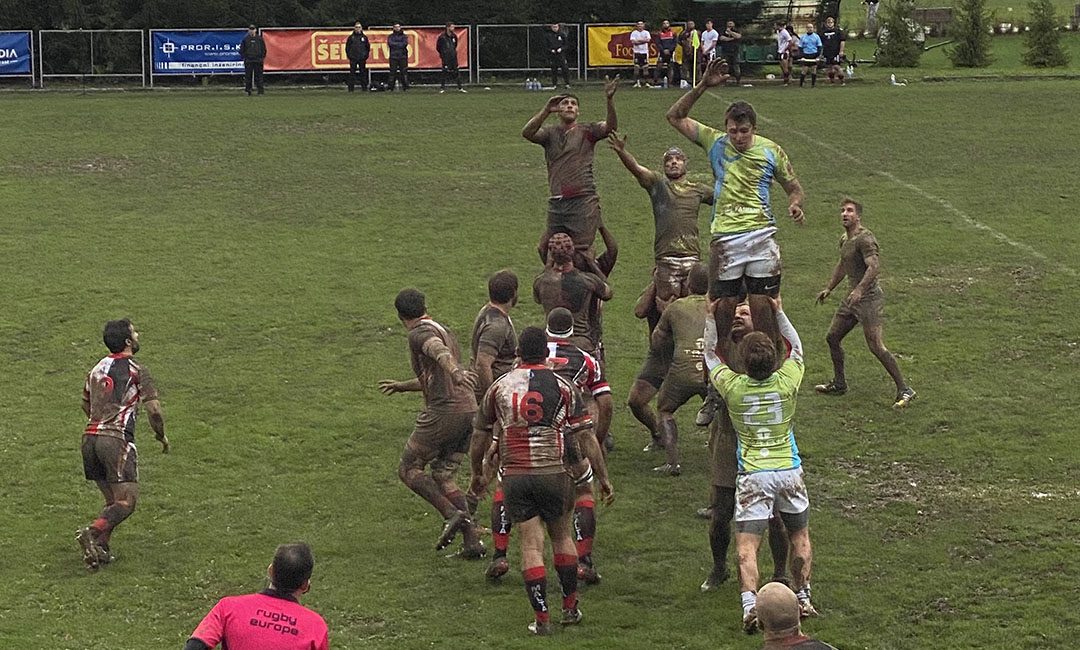 This was a European Rugby Conference 1 South game between Slovenia who had come from the group below to face Malta, in a group also including Croatia, Israel and Cyprus.

Not since 2001 had Malta and Slovenia battled it out, at that time a fledgling Maltese team, just initiated into World Rugby(IRB) games were defeated by 45 points to 5.

But we have come a long way since then and this Maltese team, even though devoid of a number of first choice players that were unavailable, stepped up and took the game to the Slovenians running out the winners with a final score 42 points to 14.

Played in Ljubljana on a muddy pitch, the Maltese tried to play running Rugby from the kick off and within 20 minutes were up by 21 nil with the strength of their catch and drive from line-outs close to the line, rewarding tries to Harry Collins(7) and Darren Deguara(6) and then from forward dominance allowing the backs some front foot ball, putting a steaming Robert Holloway(10) to bash his way over in a tackle under the posts. James O’Brien back from his venture into Refereeing had his radar working and was converting the tries from wide out, in fact he did not miss a kick all day, converting all six tries.

Slovenia were struggling to get out of their half and when they did begin to build some pressure on the men from Malta they dropped the ball in the slippery conditions.

Hocevar(1) was trying to lead his team from the front, ably assisted by his big second rowers Dobnikar(4) and Gobec(5) but it was hard going against a Maltese defensive effort lead by Mark Davey(8) in the forwards and Captain Dominic Busutil(12) in the backs.

Both teams were trying to run with the ball, but the conditions slowed play down a lot, but after 30 minutes after a few phases, Malta’s Luke Mathews(14) scored out wide on the left, O’Brien lifted the ball out of the mud with a pin point conversion, making the score 28 to 0 with half time approaching.
Slovenia had their best period of Rugby, finally getting down into the Maltese half, with several phases attacking the tryline. Davey was yellow carded for pulling down a ruck, then from the penalty Slovenia chose the scrum and won a penalty try, pushing back a Maltese forward pack missing Davey. Benji Borg(4) won a great turnover close to his tryline to thwart another Slovenian attack.The score the at half time was Malta 28, Slovenia 7.

Slovenia started where they left off and again played the game deep in the Maltese half after a fine run by their winger Zeleznik(11) building some phases with pick and goes for Gobec(5) to score from close. The conversion brought the score to 28 to 14 with the Slovenians gaining confidence.

But an interception try to George Hepburn(14) as Slovenia tried to run the ball out of their half, took the pressure off Malta and the score out to a comfortable 35 to 14 with O’Brien’s conversion.
It took Malta another twenty minutes before they scored again, this time after a catch and drive from a lineout, a few pick and goes from the forwards to finally push Harry Collins(7) over for his second try in a heap of bodies, with the conversion taking Malta out to 42 to 14 as the Referee blew for full time.

Malta will now play Cyprus at home on the 23rd November at Hibernians Stadium.