Malta too Strong for Bosnia & Herzegovina 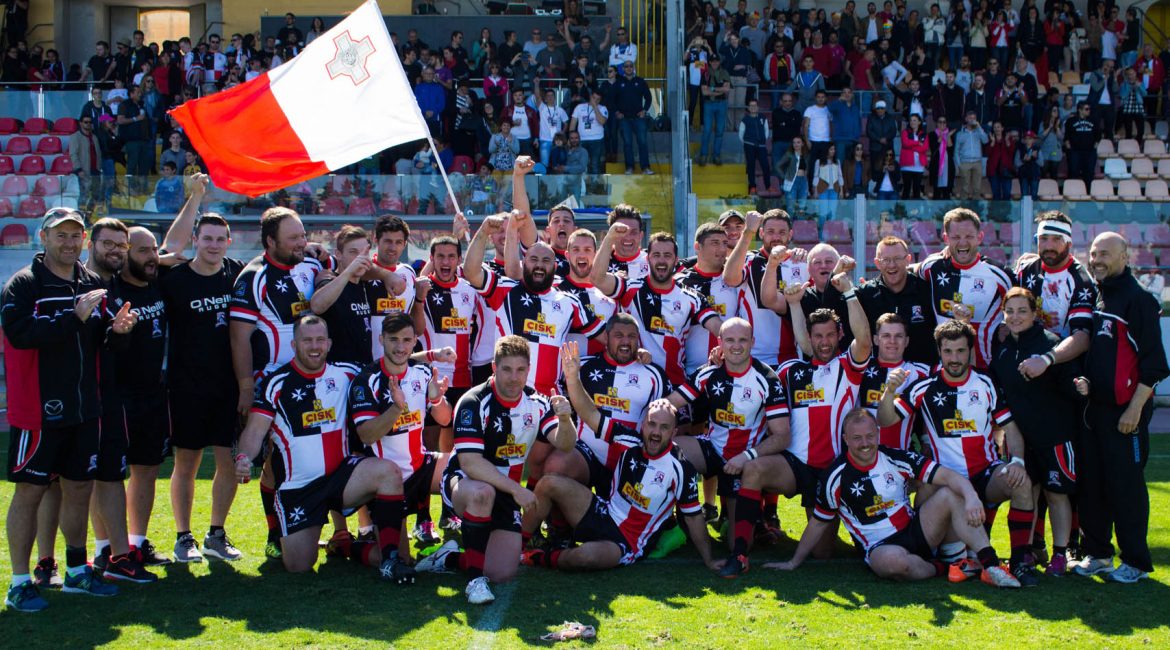 Played up in Bosnia in the town of Zenica where the strength of the Nation’s Rugby is, Malta ranked 45 on the World Rugby rankings overcame a plucky but disorganised Bosnia/Herzegovinia who are ranked at 70.

It took Malta 15 minutes to get into the game and get some rhythm, as the big Bosnian boys came at them and it was Bosnia/Herzegovina who scored the first try, after some disarray in the Maltese backline.

But once Malta found their feet and began to build some phases they showed their class, especially out wide with their fast runners skirting the defence.
Holloway(9) was firing out quick ball from the rucks and scrums allowing his outside backs to wreak havoc.

Malta scored six tries in the first half with their dominant scrum shoving back the Bosnian scrum time after time, winning front foot ball for the backs to weave their magic.

The second half Bosnia threw everything at Malta but a stout defence by the men with the Maltese cross on their chest, stood strong and drove back the invaders putting in some big tackles.

Bosnia/Herzegovina scored a penalty against the run of play, out in front of the posts after a Maltese tackler failed to roll away.

Malta’s lineout was working well with Luke Watts taking clean ball, but it was the standout work by the Apsee cousins Rhodri and Daniel who were outstanding around the field.

Quarendon(10) directed play, at times putting kicks in behind the Bosnian/Herzegovina backs forcing them into mistakes at the back. One kick sitting up nicely for James Kirk (14) to score. Again Kirk scored after a Quarendon link towards the line then quick ball to the Fullback and inside ball for him to score near the posts.
The Malta backs were running strongly out wide and a breakout by Kirk (14) & Holloway (15) lead to a try by Borg (4) after a Quarendon flat pass.
A try to Chris Dudman(21) after a quick tap penalty by Holloway(9) with the conversion going over the half time score was Malta 40, Bosnia/Herzegovina 8.

Bosnia stepped up the intensity in the second half with their big ball carriers hitting it up hard with Alic(17) especially running strongly, Bosnia brought on their veteran Scrumhalf Zadic(23) to the cheers of the crowd, trying to force their way back into the game.

Luke Watts(6) scored after a Rhodri Apsee(1) charge at the line and offload. O’Brien on as a substitute kicked the conversion taking the score out to 47 to 8.
Thomas Holloway having a lively game dropped a pinpoint chip kick over a ruck for the steaming Kirk(14) to run onto, it bounced into his hands and he scored in the corner, Malta’s final try of the game.

Bosnia/Herzegovina stepped up the pace of their play and had their best attacking period of the game with repeated infringements by Malta, allowing them some momentum, a quick tap penalty by Zadic to Oruc(8) saw him score as his big forwards pushed him over the tryline. Subasic(10) converted the try to the frenzied screams of the partisan crowd.

Coach Damian Neill rang the changes emptying the bench, giving some game time to his young players in preparation for next Saturdays’ International against Croatia at the Hibernian’s Stadium.

Malta finished the game repelling the Big Bosnian players attacking the line and then with turnover ball racing away downfield with the ball, only for a knock on to end the game with the Czech Referee Cekal blowing for full time with the final score Malta 52, Bosnia/Herzegovina 20.