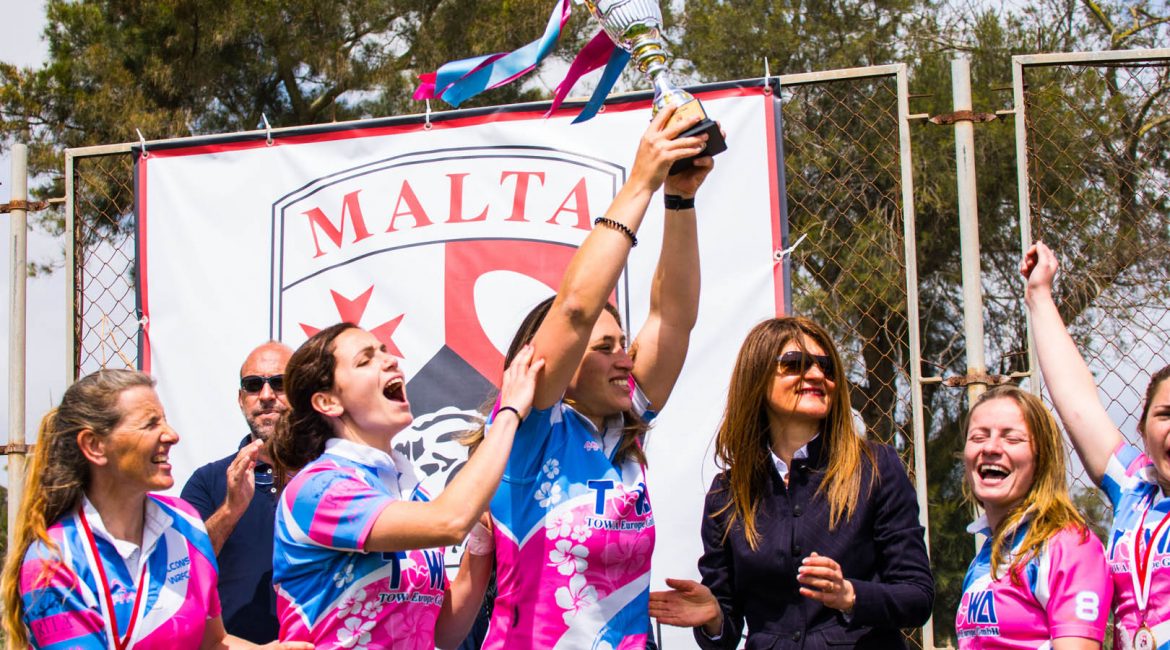 The last day of the women’s 7s league dawned cloudy with an increasing wind. First game saw Falcons pitched against Overseas. The game was a fast one with both teams fighting until the end to get a win,. Even though Falcons were mathematical winners of the 7s league, Overseas knew that if they won at least one game out of two, they would secure second place. The ball moved fast left to right and this took toll on Falcons’ patience until they opened the score with Rodianne Bugeja scoring the opening try of the day, which was clinically converted by Marion Azzopardi. Further into the game, Falcons scored another try by Kimberley Riolo. Overseas managed to get themselves together and Wendy Pace scored, with the try converted by Charlotte Evans, making the score Falcons 12 Overseas 7.

Final game was the most heated of the day, as it would decided second place. Both Overseas and Kavallieri fielded their best possible formations. However, Tessabelle Sultana’s determination to win cut the edge, letting her score the opening try of the game, with this being converted by Overseas’ captain Charlotte Evans. A battle for possession ensued, resulting in another identical converted try by the Sultana Evans couple. Kavallieri didn’t lose hope, with Kavallieri’s Amanda Cassar scoring and converting her own try. Overseas finished the game off by scoring a final converted try making the score Overseas 21 Kavallieri 7, landing Overseas the silver medal.

The day ended with both 5s and 7s league trophy presentations with Overseas lifting the cup for the 5s league, whilst the Falcons lifted the Ben Bennett 7s cup for the fifth consecutive year.