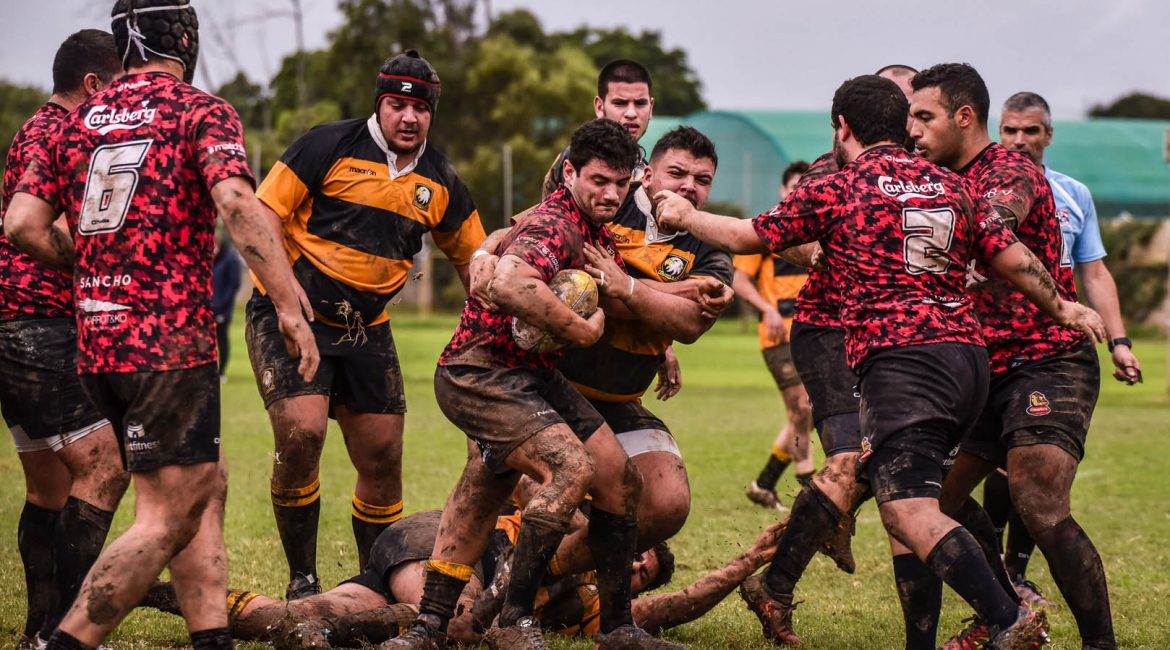 Another game played in intermittent rain and a muddy surface underfoot, weather conditions that Maltese players are not used to playing in. The slippery field is a great leveller, where speedy backs can be caught from behind by strong legged forwards.

Stompers played the conditions with Gum dictating from flyhalf turning the Falcons’ defence through deft kicks and feeding his strong runners on his shoulder.
The half time score was close, at Stompers 12 to Falcons 5, after Matt Camilleri(12) and Mathew Alexander(9) had scored for Stompers and Benji Borg (8) had replied for Falcons.

Camilleri’s try was a break from half way, straightening his run to wrong foot the Falcons’ defence to score under the posts. Alexander’s was from a blind side run with a dummy, a shimmy and over to score his try, with Gum converting the first try. Benji Borg scored from a bullocking run close to the line, going over in a tackle.

With the wind in the second half, there was an expectation for Falcons to control the game with the boot, kicking into the corners and using their big forwards near the line to work their way over. The Coaches instructions went out the window though and the players were tap kicking penalties from inside their own 22 and expecting to run 78 metres to score down the other end of the field.

But sadly without a playmaker at 10 who could kick and put his stamp on the game, they struggled.

Stompers gained in confidence, as they witnessed their plight and took the game to them with their big runners Cerketta(5) and Zanin(4) crossing the gainline and creating space for their quicker runners out wide, Julian Caruana scored in the corner, coming into the backline, Nick Formosa(14) flashed down the touchline to score, Zanin scored twice from quick ruck ball, showing some quality skills, even putting Cerketta in for a try as well. Taking the score out to 34 to 5. Even losing Mathew Spiteri(1) to the sin bin, did not slow their progress.

It was a tired and frustrated Falcons team, that just could not get back into the game. Having Andrew Vella(7) sent to the sin bin didn’t help their cause either, as Referee Sean Doublesin began to police the high tackles.

Martin Barbara(5) gave his team some hope, ending the game with a try under the posts, using his strength, after a nice kick through by Liam Davis(10) had opened up the Stompers defence. Final score Stompers 39, Falcons 10.

In the second game Overseas defeated Kavallieri in a close fought game by 6 points to 0.