Stompers Double Up the Silverware for this season 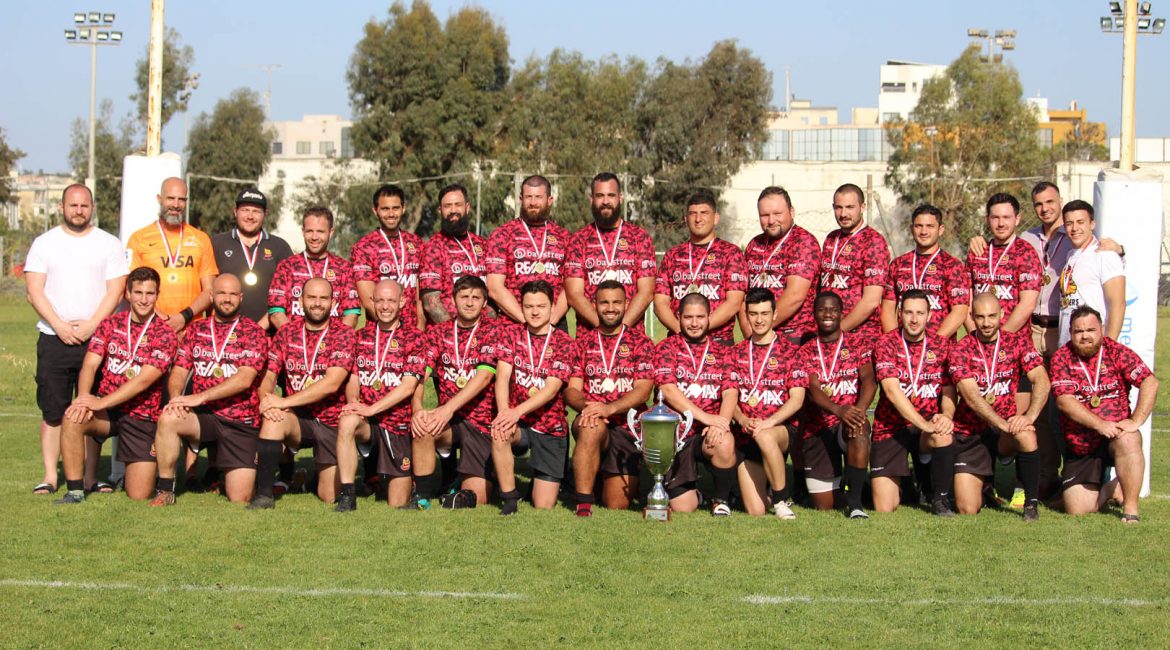 In a feisty match, played under a scorching sun, Stompers managed to overcome Kavallieri’s stern challenge, succeeding to lift the silverware to make it a double for yet another year, having won the CISK League as well.

The match did not start on the positive side for Kavallieri, as Jordan Heathley, freshly returning from injury, was injured in the first minute and had to be replaced with Edmunds. Stompers drew first blood some minutes later, when Betts was given a pass from a central play-move with Betts sprinting towards the tryline and grounding the ball with no conversion being made. Stompers 5 Kavallieri 0.

Although Kavallieri did not manage to create too many goal-scoring opportunities, full back Eduard Toderika pierced Stompers’ strict defence-line after a supporting move by Kavallieri’s pack. Stompers 12 Kavallieri 5.

Stompers and Kavallieri continued to exchange fierce forward drives by respective sides forward lines, resulting in two converted tries by Stompers’ Keith Azzopardi and Kavallieri’s Branton Bonello. Both tries were converted, ending the first half with a score of Stompers 19 Kavallieri 12.

After a slow start to the second half, both sides played defensive rugby with Stompers catching ground to score two successive tries by Gary Hili and Malcolm Attard. Both tries were not converted, with the match ending Stompers 29 Kavallieri 12.

The match was ably refereed by Sean Doublesin, aided by Sam Ramage and Ileana Brown. Presentation of medals and trophy followed, with MeDirect Bank representative, Ingrid Micallef, handing the medals to the runners-up and winners, while crowning Stompers as the MeDirect Bank Cup winners for another year.