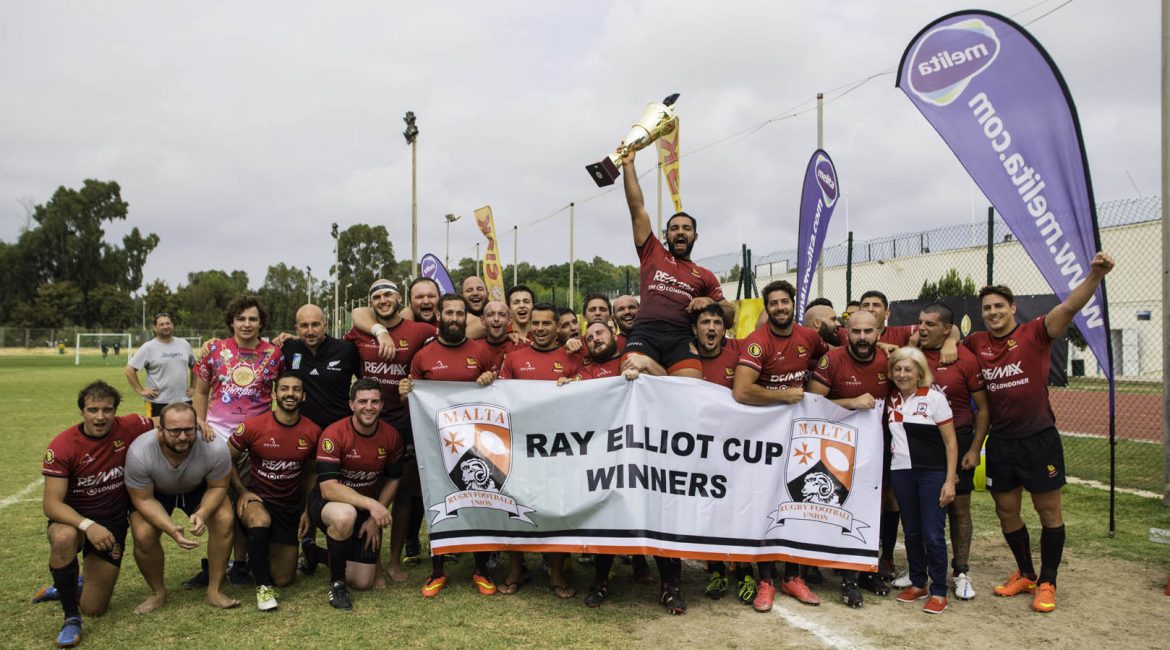 On an overcast day down at Marsa a battle commenced between last seasons’ victors, the Mediterranean Bank Cup winners Stompers and the winners of the Cisk Lager League the Overseas. It was the opening of the new season and a large crowd made it down to Rugby Pitch 3 for the hitout. Referee Killian O’Brian was the whistleman for the game and it got off to a fast and furious start from the moment Overseas kicked off, they applied pressure throughout 30 minutes of the first half, keeping the dangerous Stompers backs stifled and starved of good ball. The Overseas ball retention was excellent as they worked the ball from side to side with some intelligent kicking from Corcoran(10) and Briffa(12). The pressure brought points as Stompers infringed scrambling their defence to meet the onslaught. Briffa(12) kicked penalties on 5 and 12 minutes to take the lead, at 6 points to nil.

Abrantes(13) receiving fast wide ball was running hard and straight at the Stomper’s backline giving his team momentum. Harvey(3) had a charge for the line but Cerketta hit him hard driving him over the touchline near the corner flag.

Overseas scored a well worked try going left then right with Clayton Cassar(8) Anthony Harvey (3), Guillaime Pijoan(5)and Marcus Crawford(1)all handling, then an offload from Corcoran(10) to Pijoan(5) he straightened and scored under the posts. Briffa(12) coverted Overseas 13 Stompers 0. Stompers were having troubled stemming the Overseas tide.

On 24 minutes Malcolm Attard(12) was yellow carded after repeated infringements.During that 10 minutes Overseas scored again when the Stompers fumbled the ball and Overseas kicked through, Gauci(14) picked up and scored wide out,but Briffa(12)nailed the conversion to make the score Overseas 20 Stompers 0.

From the kickoff Overseas again attacked deep into Stompers territory, the ball was offloaded to Richie Bowen(7) who was having a blinder and he scored near the posts, with Briffa’s conversion Overseas looked to have an unassailable lead.

Then someone threw a switch and the game changed, McLister(22) came on at flyhalf with Gum(10) moving to fullback, Stompers started to keep hold of the ball and put some phases together using wide ball with players in space, they scored twice through Jeremy Debatista(11) out wide and Mathew Camilleri(6) through a bash up the middle.Both tries were converted by Gum(10).

Overseas 27 Stompers 14.The tide had turned.

Another defining moment in the game was Clayton Cassar(8) being red carded for a punch, which left his team playing with 14 for the rest of the game.

Stompers roared into life in the second half exploiting the extra man in the scrum winning a number of tight heads and out wide, as the game opened up.

Camilleri(6) scored again with a strong run to the line with Gum(10) converting it was Overseas 27 Stompers 21 and closing fast. Pace-Moore(8) scored going blind from a scrum. Stompers 28 Overseas 27.

Overseas lost their Lock and scrumhalf to injury and their structure and composure went with it. Cerketta(4) scored receiving inside ball, crashing over. Stompers 35 Overseas 27. Gum was kicking the conversions.

Again from wide ball Josef Azzopardi(14) sprinted 50 metres to score. Stompers 40 Overseas 27. Overseas tried to storm back but Stompers held them at bay, frustrating their efforts.

A hard fought game of Rugby to start the season. Man of the Match: Ryan McLister(Stompers) Richie Bowen(Overseas)