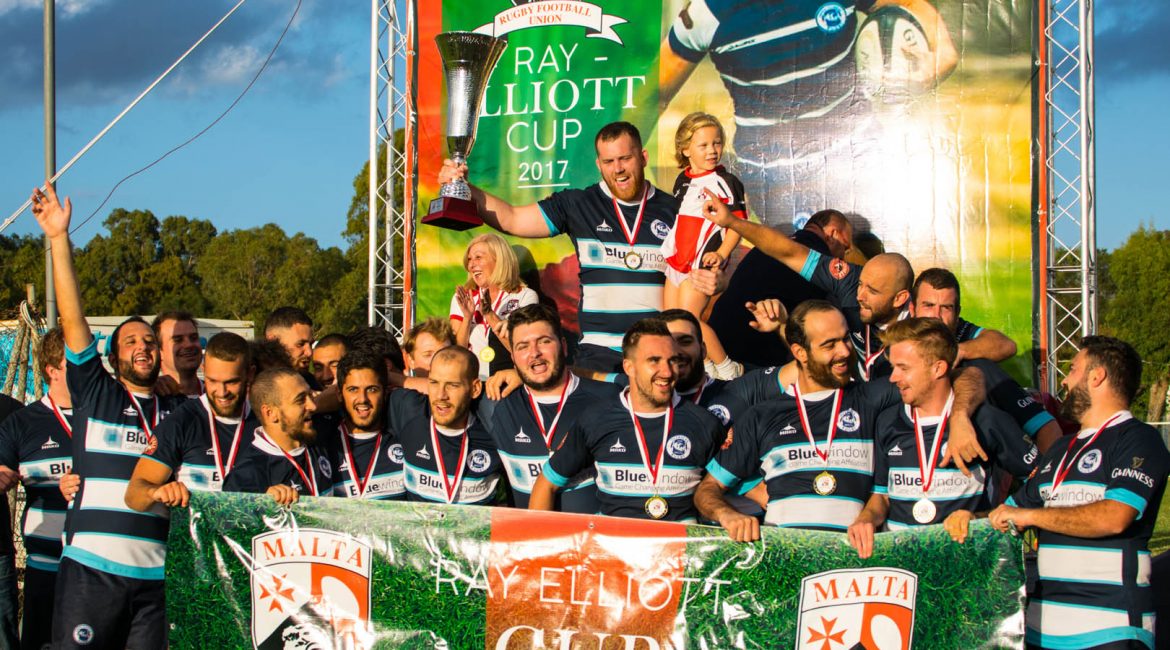 Whilst Overseas managed to initiate the attacking play, they missed a couple of ideal set pieces from close to the Stompers’ try line. Stompers started brightly, playing very fast paced and high energy phases, putting the pressure on the Overseas backline. Stompers managed to convert the failed Overseas plays into a serious counter attack, bringing the play back into a more comfortable area for the red team. Due to Overseas’ inability to turn possession into points it was Stompers who opened the score line, thanks to their centre, Josef Luke Azzopardi (11), who carried the ball from open play across the try line.  Richard Gum (10) converted the try, 7-0 for Stompers. The rest of the first half continued as it started, with Stompers scoring yet another try, from Gary Hili (6), with Gum following with the conversion. 14 – 0 for Stompers. This was followed by further pressure on the Overseas squad, though they finally managed to generate a powering run from a turnover, with Clayton Cassar (8)  finally bringing Overseas onto the score board, followed by a conversion from Chris Dudman (12). The first half ended with Stompers a try in the lead at 14 – 7.

It looked like the second half was set to follow the same pattern, with Stompers dominating possession. The unexpected happened when Overseas’ versatile fly half, Chris Briffa (10), managed to produce a dummy run, putting Stompers on their back foot and singlehandedly scoring Overseas’ second try of the game. Chris Dudman’s conversion tied the game at 14 all.  Whilst Stompers missed a penalty from Richard Gum, Overseas replied back in the same manner with the difference that Dudman’s kick held through, putting Overseas in the lead by three points, at 14 to 17. Stompers were in a a position to reorganise themselves and Matthew Camilleri (12) returned Stompers their lead with a scorching run across the line, though the try was unconverted, leaving the score at 19 to 17. Coach Fountain’s team worked to exert further pressure on Overseas’ forwards, and it paid off.  Thanks to another invigorating run from Richard Gum, scoring another 5 important points for Stompers. 24 to 17 for Stompers, due to Gum’s conversion being prevented by the wind. Overseas, realising that their game plan needed a fresh look, with Captain Anthony Harvey leading a long overdue charge over Stompers’ tryline, with Dudman’s conversion kick tying the core for the second time at 24 all. The match  seemed to slow down here as both teams struggled to over power the other and surprisingly enough Clayton Cassar found himself in the sin bin for aggressive play. Contrary to expectations the Stompers slowed down, failing to capitalise on the one man overlap.  It was Overseas who would take advantage of the careless gaps Stompers left on their wings, with Dudman powering through the right side of Stompers’ lack lustre defence to score the match winning try, converting his own try to make the victory that bit sweeter. Final Score  24 – 31 for Swieqi Overseas.

Carmen Elliot, together with the MRFU President and Vice President, presented the trophy to the jubilant team.