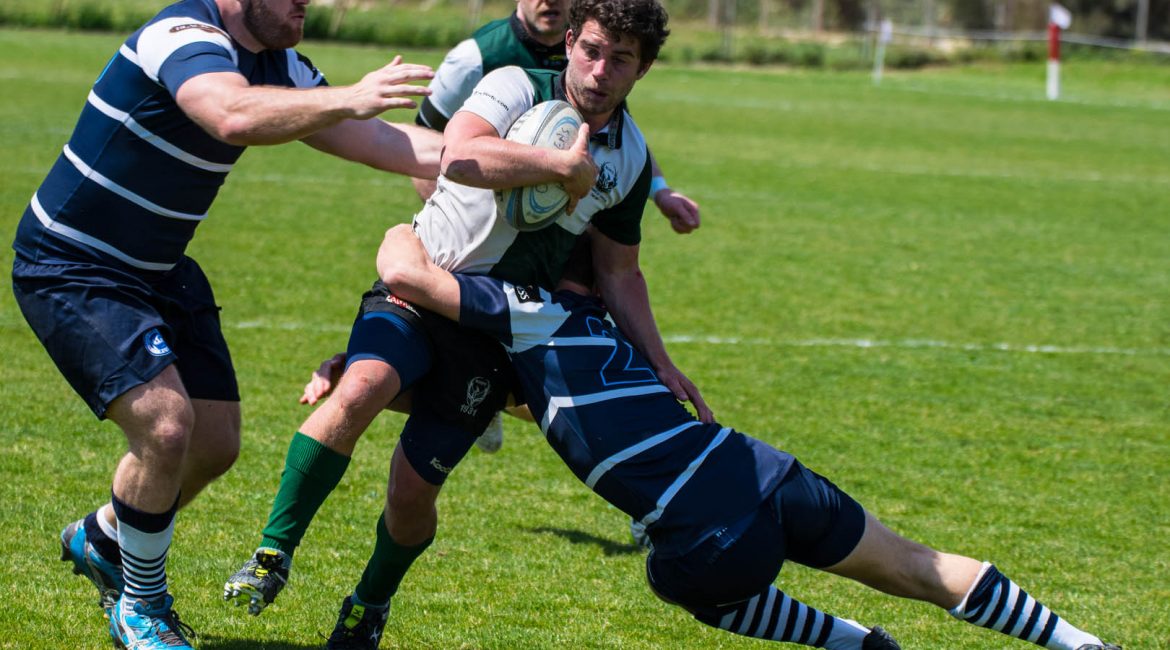 As the end of the season nears, the touring teams begin to arrive in Malta from overseas. It’s a strong Rugby tradition which builds Club spirit and friendships, with Wives and Girlfriends, Veteran players and ring-ins all enjoying the trip, the emphasis is more on having a laugh, than a serious determination to win…that is until they get on the field!

Overseas were short of a few of their key players, so some players were playing out of position. With backs playing in the forwards, it was uncontested scrums and there at flyhalf was usual prop Anthony Harvey showing his skills.

It was a hot day with frequent water stops, but play did flow with the Norwich Union especially, using their veteran players to good affect, slowing the play down and putting pressure on Overseas giving them at times bad ball.

It was an even start for the first 15 minutes with both teams scoring unconverted tries, Chris Borg(3) for Overseas and Dan Jones(7) for Norwich.

After that initial burst from Overseas, Norwich Union began to dominate in the forwards, with Michael Schucksmith especially looking impressive, he went on to score three tries by the end of the game. I was also impressed with the veteran Norwich scrumhalf Russ Clarke as he distributed the ball and was always at the breakdown, he had a good communication with his number 8, another veteran Noel Jones, whose son Dan was also playing and Dan scored two tries in the game.
Once Norwich got their nose in front on the scoreboard, Overseas were playing catch-up and without any reserves on the day, they struggled not having any fresh legs to come on in the second half.

When Referee Sean Doublesin blew for half time, Norwich were in front by 33 points to 12, with Harvey scoring a second try for Overseas and kicking a conversion. Norwich Union’s other scorers were Dan Norgate(11) Paul Barker(20) and Eddie Long(16) with Lloyd Davis converting four of the tries.

Overseas started the second half with intent and a brilliant run down the touchline by Chris Borg, who had moved back to wing from Prop, racing fifty metres to score, the Harvey conversion brought the scores closer at 33 to 19.

Norwich Union scored further tries with Schucksmith scoring his hatrick and Dan Jones and Eddie Long scoring again blowing the score out to 48 to 19.
Overseas never gave up trying, but the Norwich Union defence frustrated a number of their attacking moves forcing Overseas into mistakes, dropping the ball, getting offside and failing to release the tackled player as Norwich kept up their intensity throughout the second half, especially with their big forward pack.

Late in the game Overseas scored two more tries to Jacob Wood(7) and Anthony Harvey his second try for the day and he also added a conversion to Wood’s try making a final score of Norwich Union 48, Swieqi Overseas 31.