Kavallieri clip Falcon’s wings to go into the final 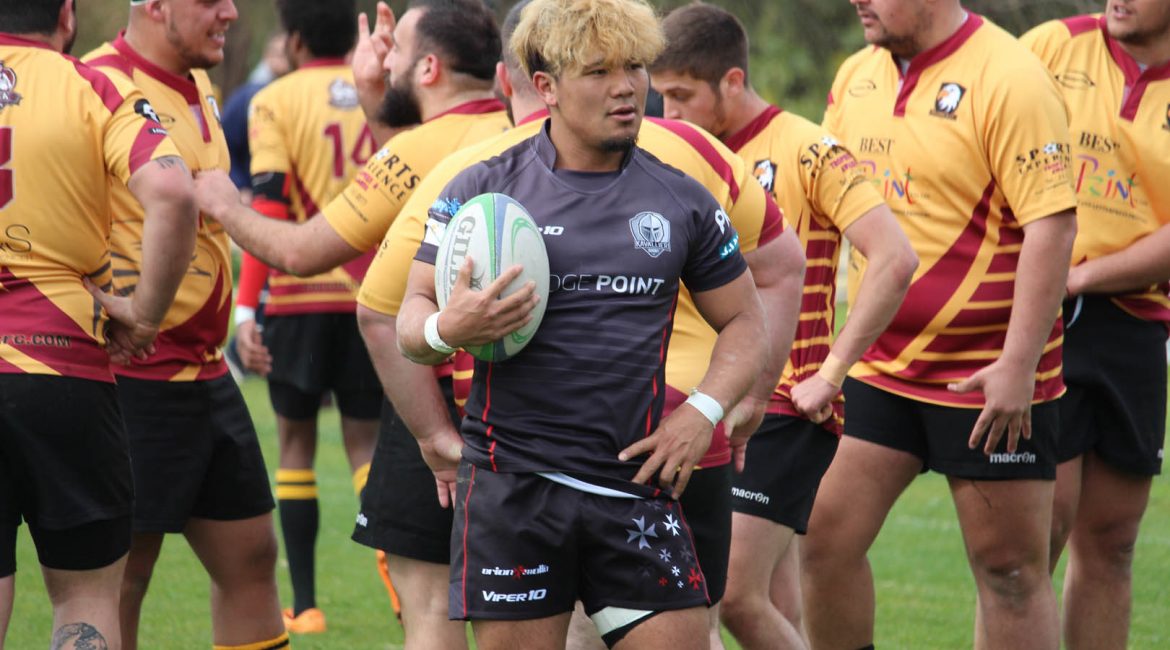 This MeDirect Cup game went all the way to the final whistle, with Kavallieri finally winning the encounter by 36 points to 31.

Falcons got off to a perfect start scoring before all the spectators had found their seats, with Erakovic(6) scoring after an Avramovic(10) break and an inside ball to Sussingham(15) who offloaded to the tryscorer. Liam Davis(11) converted.

But Kavallieri bounced back with two quick tries around the 15 minute mark Mhiriphiri out on the wing received quick ball after a Toderika break down the middle.

Then Joseph Cutajar(8) scored from a driving maul neither tries were converted but Kavallieri now had the lead at 10 points to 7. It was fast and furious but the Italian Referee Franco Rosella had everything under controll allowing a free flowing game.

The wind was blowing across the ground so it was there for any team to use.
Ousman Konate(6) scored from a driving maul, using his strength to power his way over. Edmunds converted.

Toderika(15) was causing Falcon’s all kinds of strife as he ran strongly into the backline, he received a floating pass from Edmunds to touchdown, to make the halftime score 22 points to 7, with Falcon’s looking like a deflated team.

But the half time talk must have fired them up, as they restarted with a new belief, as within minutes Pedrazzi(13) had scored out wide after another Avramovic break.

Then the try of the game, Falcons ran it from their own tryline, the ball going through the hands of Avramovic, Andre’ Galea, then on to Sussingham for him to score at the other end.

That try was followed quickly by another try to Falcons with Nathaniel Scicluna on at scrumhalf sneaking around a ruck near the line, to score now taking the lead at 24 points to 22.

But while Falcons were still celebrating their lead, Edmunds’ quick restart found Jake Pace out on the wing, he ran it hard down the touchline only for a desperate diving tackle by Nathaniel Scicluna in the corner forced him into touch.

From the ensuing lineout Falcons were looking to run the ball from their own line, when a ruck ball rolled out over the tryline for a quick reacting Edmunds to dive on the ball to score, putting Kavallieri back in front with Yoshizawa’s conversion making it now 29 to 24.

Then it was the stocky scrumhalf Yoshizawa’s turn to score, running an inside line off a Darren Edmund’s break down the blindside, he received the ball to run on through several tackles and around under the posts,he converted his own try.

Jean Pierre Zarb(1) the Falcon’s winger, who had been running strongly all day down the flanks scored a great try, to give his team some hope that they could still win this one, now with the conversion making it 36 to 31 but time had run out, with Referee Rosella blowing for full time.
Kavallieri now face Stompers in the final.