Finals Day for Women’s Rugby in the STM Malta League 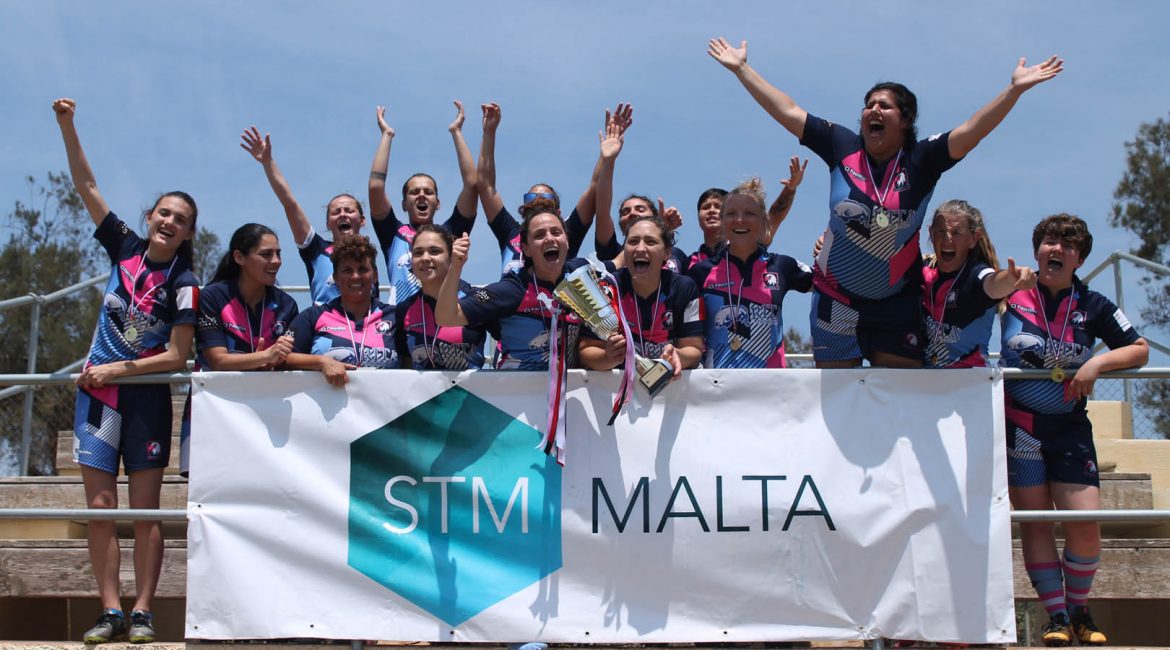 The end of the season games were played at Marsa under clear and sunny conditions. Falcons the team that has swept all before them throughout the season only losing one game, took the honours.

Games were played between Kavallieri, Overseas and Falcons Rugby Clubs.
In this last Saturdays’ games it was already a foregone conclusion that Falcons had won the League, so in the final game of the season they put out their reserve players to give them a run and Kavallieri with some borrowed players from Overseas due to injuries, made the final game a competitive one.

7s is a great game for skill development and team work, the buzz words in the 7s game are Patience, Pace, Positioning, Passing and Pressure the five “P’s” to earn your “Pizzellis”. Falcons all season showed their strength in team work, which showed up in the statistics with the tries being distributed amongst many of their players. With standout players being Marion Azzopardi, Katka Vrbacka, Kimberly. Riolo, Beverie Sultana and Carole Casparis, well supported by the rest of the team.

Refereed by Sam Ramage who had just returned from AR duties in the King of 7s tournament in Kelso and Earlston in Scotland last weekend, got the game under way.

It was Kavallieri that applied all the pressure in the first half, keeping Falcons pinned in their 22, distributing the ball wide opening the score with a fine run down the touchline by Myra Bonello with the Falcons players in hot pursuit from the halfway line. Kavallieri 5, Falcons 0.

Working the ball into space Kavallieri scored again through Francesca Schembri going wide and using her pace and angled run between the Falcons defenders to score in the corner, to make the half time score Kavallieri 10, Falcons 0.

The second half brought Falcons more into the game as they worked the ball left and right probing for gaps with a final pass finding Deborah Cutajar on the right flank, she put the foot down and ran away from the chasing Kavallieri players to score from 50 metres out. Kavallieri 10, Falcons 5.
Just when it looked like Falcons were getting into their stride, they were rocked by another Kavallieri try to Kim Demicoli after some patient ball in hand Rugby, breaching the defence to score, with the conversion ending the game at Kavallieri 17, Falcons 5.

Kavallieri had won this game but it was Falcons who won the season! They celebrated their victorious year, being awarded the Cup after the game.

It was high spirits with all the Clubs and supporters singing and chanting, all the Clubs embracing each other in a friendly camaraderie . Rugby won the Day!

Top Scorers for the season: Jacqueline Richard(Overseas) 21 tries, Carole Casparis(Falcons) 13 tries and 20 conversions, exactly equal on points for the season.

A Malta representative team will now play in the Division B European 7s Tournament in Zagreb on the 8th-9th June.