Falcons playing Total Rugby were too good for Overseas 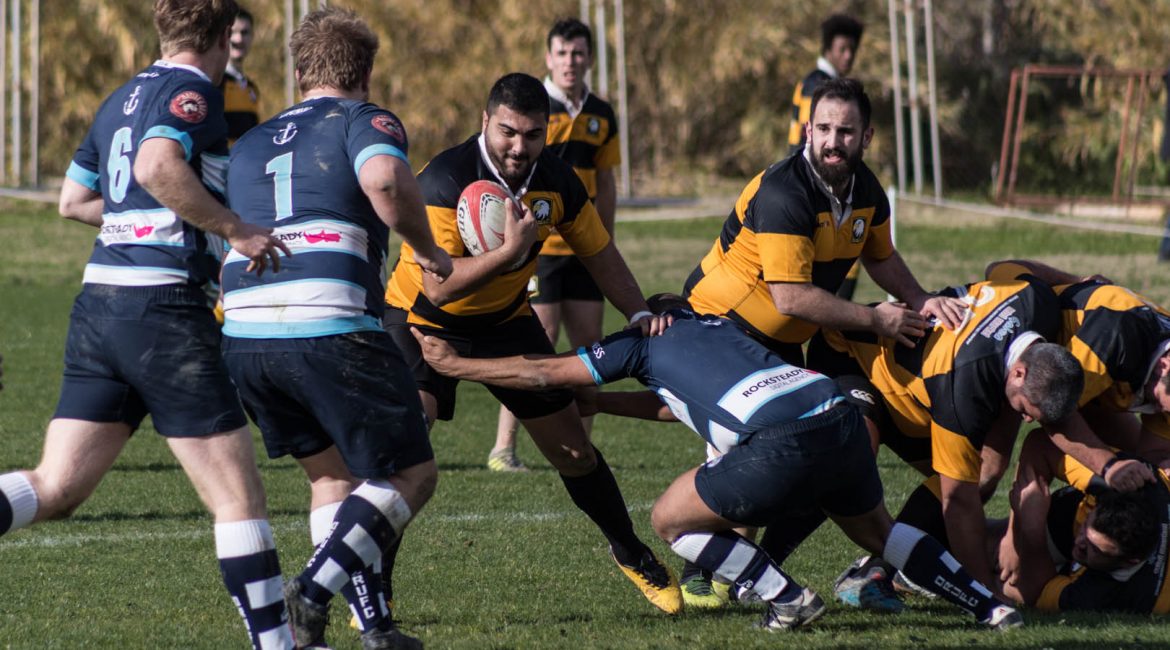 After just losing to Champions Stompers Re/Max last week in a game of high tensity, going down by 43 to 41 Falcons this week, came out firing on all cylinders continuing from where they left off from last week.

Overseas had won the toss and chose to play with a strong wind, obviously with a game plan in mind, but yet did no use it, or could not, as the Falcons kept them under constant pressure throughout the game, both in defence and attack.

Within a few minutes Falcons had scored their first try with the big second rower Liam Scicluna crashing over under the posts to allow an easy conversion for Dalton(10). Scicluna went on to score another try as the big Falcons pack began to dominate up front with Benji Borg(8) Martin Barbara(4) and their Captain Gabriel Scicluna(6) all running strongly.

Ernest Degabrielle scored after the ball swung his way on the left wing and he ran around and under the posts to score, once again making it an easy conversion for Dalton.

Brendan Dalton(10) was causing all kinds of problems for the Overseas defence as he ran at them and stepped through them, scoring a great solo try. By half time Falcons were out by 26 to nil with Overseas bereft of any ideas of how they could get into the game, as poor decision making and poor handling let them down.

With the wind at their backs in the second half, Falcons continued the onslaught with Benji Borg and Brian Sussingham(13) scoring within 10 minutes of the re-start. Overseas had periods of play with the ball in hand, but could not gain any traction in the game, Luke Galea(7) was his usual lively self, Matt Stoker(1) Captain for the day ran strongly, Hignett(2) worked hard, but nothing seemed to click, as they tried to force their way back into the game.

It was the constant pressure from Falcons that forced them into errors and frustrated their attacks. Holliday(2) had a huge game, in the playmaker role popping up in the backs and firing out long passes to his fleet footed backs with Dalton scoring again and then a powerful run by Andre Galea rewarded him with a try.

Finally with the score at 43 nil, Perez, who had been yellow carded in the first half by Referee Lionel Da Silva, scored after a patient Overseas build up, as he ran into space out wide and under the posts, Grech converted with a quick conversion, as time was running out.
But it was Andre Galea(12) who had the last say in this game, scoring his second try to make the final score Falcons 48, Overseas 7.