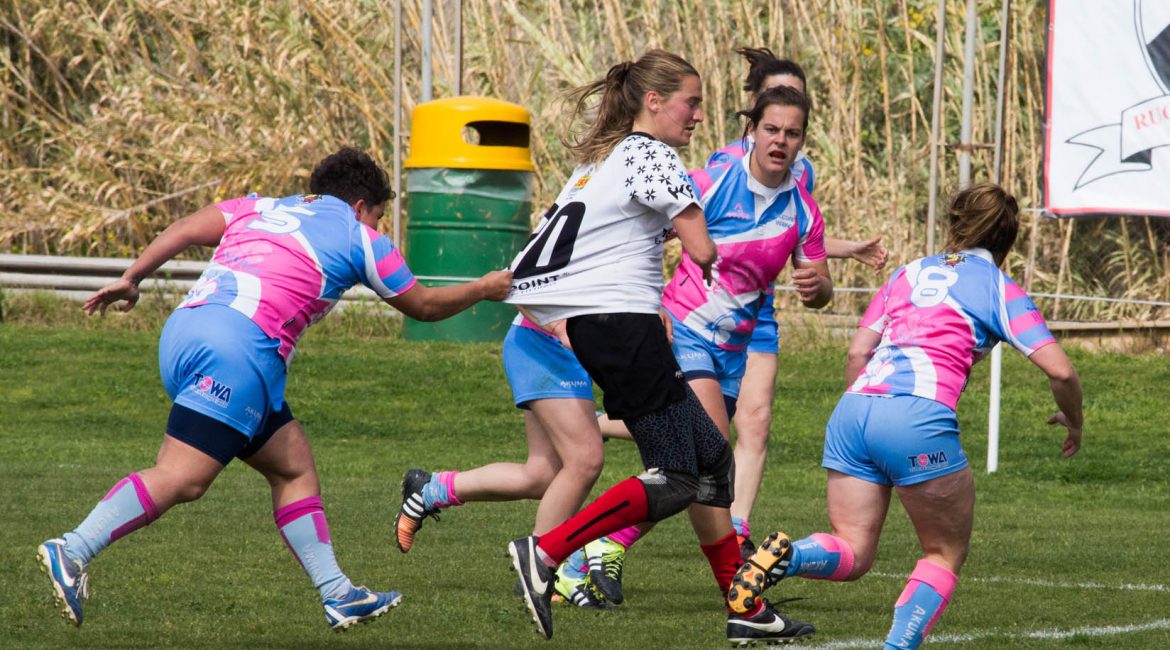 With Kavallieri flyer Jacqueline Richard out with an ankle injury, Falcons went into the game as favourites. Kavallieri won the toss and elected to receive. Falcons kick failed to make the 10-metre line and they gave away a free kick. Maria Spiteri tapped, made some ground and then whipped the pass wide to Dorien Jager, who failed to catch cleanly, but palmed the ball on to Spiteri running the loop. The Kavallieri captain sprinted 50 metres down the left wing to open the scoring. Justine Zammit missed the conversion.

Falcons soon struck back as Marion Azzopardi received the ball from the kick –off, played a neat one-two with Beverie Sultana and then deftly sidestepped her tackler and ran half the length of the pitch before dotting down under the posts. She converted her own try to put Falcons 7 – 5 ahead.

Falcons doubled their lead shortly after when an initial burst down the left wing by Kimberley Riolo was halted when she was hauled down, but Falcons won the ruck and passed the ball swiftly along the line to the unmarked Azzopardi, who sauntered up to the try line before unselfishly offloading to Riolo as a reward for her initial break. Again, the try was converted.

Kavallieri’s defence was in disarray at this stage, and Falcons scored two more before the half-time break. The first came from Sultana using her strength to strip the ball in a maul before shipping it left to Riolo.  She switched right to Azzopardi who combined with Sultana to release the fast-finishing Riolo for her second try. Azzopardi’s conversion hit the post.

Falcons gave away a second careless free kick from the kick-off, but defended a series of rucks and mauls from the resulting Kavallieri attack. They eventually won a scrum when a maul was held up, and Azzopardi slipped the ball to Sultana, who blasted 60 metres downfield to score unopposed.

From the restart, Falcons won possession but were pushed back by an aggressive Kavallieri defence. They managed to retain the ball, and some clever interplay between Azzopardi and Vrbacka freed up space on the right for Rodianne Bugeja, who showed a great turn of speed to sprint in from her own 10-metre line.

Kavallieri were then let off the hook soon after, when Vrbacka passed forward to Riolo in acres of space and she was denied what looked a certain try. This gave Kavallieri a boost and they had their best spell of the match. Finding themselves pinned down on their own try line by the Falcons defensive wall, they managed to fight their way back to halfway with a series of darting runs from Spiteri, who was constantly involved, backed up by strong running from Torea Fenech. A careless penalty to Falcons seemed to have dashed their hopes, but a mistimed pass found the floor and gave Spiteri a chance to kick the ball on. Jager gathered and was grounded, but popped the ball up to Annalisa Tallarida. She made ground before firing a pass to the inspired Spiteri, who broke through the pressurised Falcons defence to score her second. The conversion was missed.

However, Falcons had the last say when, from the restart, Azzopardi exchanged passes with Donnavellon Sladden before spinning the ball to speedster Riolo, who scorched down the right wing for a well-deserved hat-trick.  The try was converted to leave Falcons the victors at 38-10.