Falcons brought down to earth by Stompers 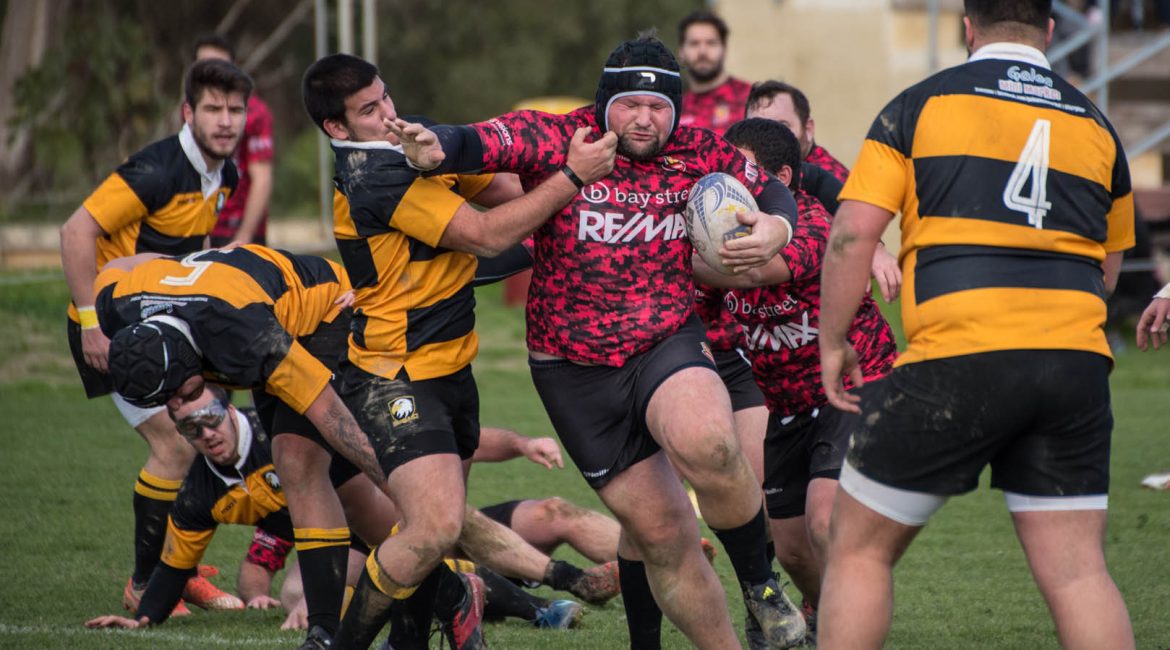 The last time these two teams had played each other was in the MeDirect Cup game where Stompers had won a close fought battle by 43 to 41, Falcons had then gone on to crush Overseas by 48 points to 7.

A lot was expected from Falcons then in this Cisk Lager Competition game, but Stompers/Remax threw down the gauntlet and took control of the proceedings and within 20 minutes were up by 10 nil.

To give the Falcons credit they did not cave in, but set their defence, to deny any further scores until the last minute of the half.

By that time Mathew Spiteri(1) Matt Camilleri(12) and Richard Gum(10) had scored turning their territorial pressure into points. Daniel Holliday(1) had scored for Falcons from a quick lineout move close to the line, Holliday to Benji Borg(8) at 1 in the lineout and then a quick return to Holliday for him to score in the corner.

Gum was using the strong wind to keep the pressure on the Falcons, forcing them back into their own 22.

With the wind now at their backs in the second half Dalton’s(10) kickoff didn’t go the 10 metres and Stompers were back on attack straight away, scoring a try within two minutes when Dragan Cerketta crashed over after several phases of play.

A series of yellow cards to Falcon’s players didn’t help their cause and they played 30 minutes with 14 players. But it was the constant pressure by play maker Richard Gum that didn’t give the Falcons any breathing space, as he offloaded to runners off his shoulder, either in close or out wide or kicked long into the corners. Sossingham(13) scored against the run of play, with a brief Falcons’ visit into the Stompers 22, when he ran wide and around to score near the posts, to give his team a glimmer of hope at 22 to 10.

But Stompers quickly restored the 17 point advantage with yet another Cerketta try.
Two red cards were flashed by Referee Sean Doublesin when two opposing players fought each other off the ball.

Then close to full time Julian Caruana(14) sealed the win for Stompers, coming into the line from fullback, after moving there from the wing position, to score a try converted by Malcom Attard.
Stompers had kept the pressure on Falcons throughout the game and any fight back from the amber and blacks was quickly stifled by the men in red, forcing them into mistakes. A frustrating day for the young Falcons’ players.