COLD COMFORT FOR KAV AS OVERSEAS TURN ON THE HEAT! 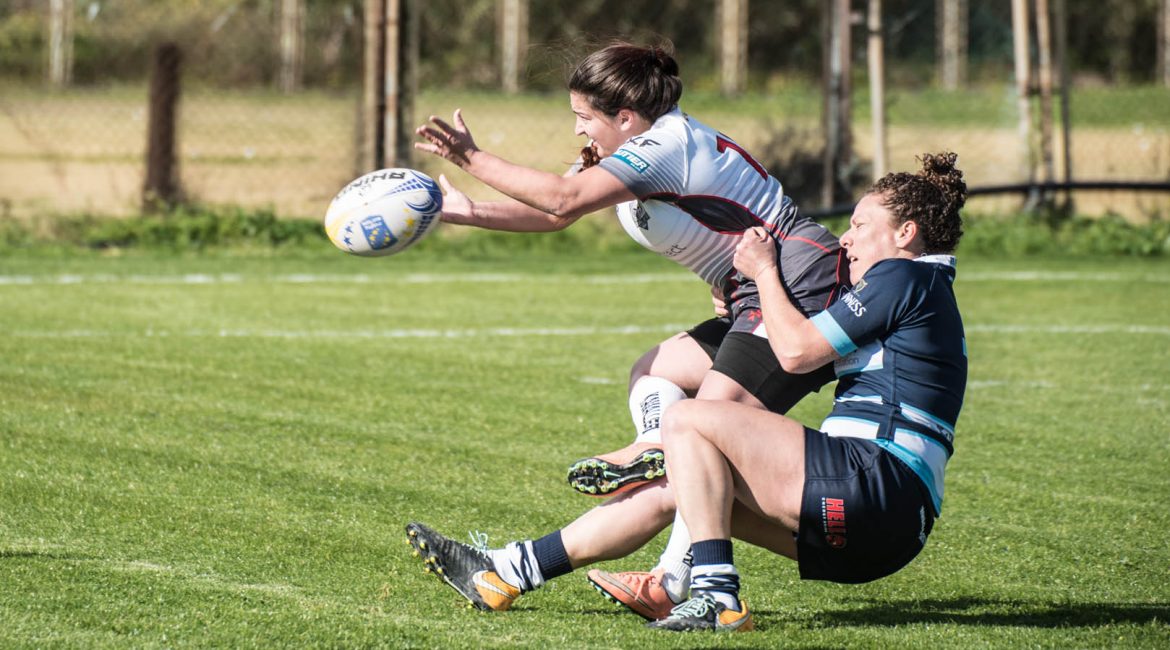 On a bitingly cold Marsa morning, Overseas won the toss and elected to receive. Kavallieri kicked long with the blustery wind behind them and the ball was gathered by Sarita Cassar. She offloaded to Dorian Jaeger, who whipped a wide pass to Tamsin Pace Decesare on the right wing. She unleashed a blistering run from sixty metres out, beating off a valiant chase from Amanda Cassar to dot down under the posts for the first points of the game. Charlotte Sultana Evans hit the post with her conversion attempt.

Overseas restarted with a kick into touch and Kavallieri launched their first attack from the resulting line-out. Cassar tried to release Francesca Schembri into space, but she was spun round in the tackle and a clash of heads brought the move to an end. Overseas put the squeeze on in the next scrum, but Kavallieri managed to hold on to possession and Cassar again picked out Emma Darmanin in space, but she was pulled down by Pace Decesare who was penalised for playing the ball on the ground. Kavallieri took a quick tap and Schembri set off on a run, but was intercepted by Jaeger. She recovered the loose ball and flipped it inside to Anna Ward who slipped it to Lorraine Cutajar. She offloaded to Sultana Evans, but her pass to Wendy Pace went astray. Pace recovered the ball and returned it to Sultana Evans, who cleverly evaded her tackler and powered over to score. Pace missed the conversion.

Overseas regained the ball from the restart, but gave away a careless penalty for offside just eight metres from their own line to hand possession back to Kavallieri. This proved to be a costly error as Sultana Evans flung a pass to Cutajar who shipped it on to Jaeger. She was scythed down, but managed to feed Ward from the tackle and she darted over to score. Sultana Evans missed the conversion and the first half ended with Overseas 15 points to the good.

The second half started with an exchange of attacks as both sides looked to probe the opposition’s defence for any weakness. Kavallieri won a series of penalties, but failed to capitalise on any of these opportunities, finding it difficult to escape from their own half against a well-organised Overseas defence . Eventually, the pressure told, and a dropped pass was snapped up by Pace, who combined delightfully with Sultana Evans to make space for Cassar to charge down the right wing and claim the try in the corner. Again, the conversion fell short.

With a 20 point deficit to make up, Kavallieri looked dead and buried, but they kept battling and finally used a penalty won for not releasing in the tackle to their advantage. Another penalty for not retreating put them on the front foot, and Cassar showed speed and subtlety to play a clever switch with Pace Decesare, before finding Victoria Scibberas, whose pass unleashed Schembri down the left wing. She cleverly jinked and jived her way through two tackles before crashing through Pace’s despairing lunge to score the best try of the game. The final whistle saw Overseas victorious by 20 points to 5, but Kavallieri finish on a high.